ESN Lapland will provide you with some tips to surviving a sitsit. So here we go!

Theme of sitsit is almost every time different and it is very important to dress up according theme of sitsit. The student overalls are also an accepted option. You might will be punished if you don't dress up.

Be on time! As those who are late, will be punished.

Punishment. The punishments at ESN Laplands sitsit are never done alone and are supposed to be silly and fun instead of truly humiliating, but despite this, THE USE OF PHONES AND RECORDING OF PUNISHMENTS IS STRICTLY FORBIDDEN! If you spot someone doing this, please let the toastmasters know.

This is the song that traditionally starts a sitsit. More essential than the lyrics is the rhythm. If it's your first sitsit, please give this a listen or two before Saturday.

FOOD AND DRINKS
Food at a sitsit is usually only for decoration, so it is advisable to eat something before coming to a sitsit.

About drinks. There are some drinks included in the sitsit price, but it's advisable to take some of your own as the pace of drinking might surprise the sitsit virgins. And there is nothing worse than being at a sitsit party and running out of drinks

The location of the sitsit is in Urheilukatu 1.The blue line starts from the city side of the old bridge. 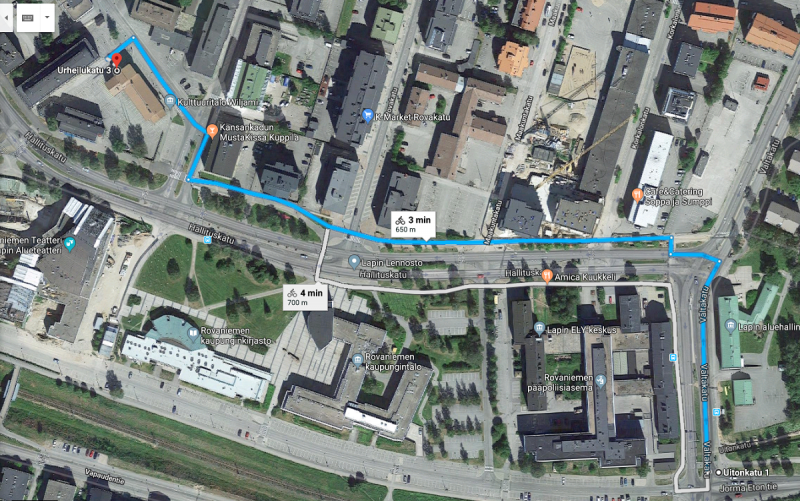 More information:
Sitsit on Wikipedia
Back to top